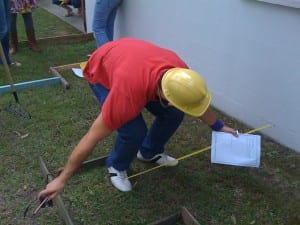 This is the first of a five-part series on how to teach a great mathematics lesson, using a simple, purposeful template that can be adapted for any math topic and any age level.

Lots of math lessons fall down in the first ten seconds: “Who can tell me what ‘ratios’ are?” Seriously, which kid or teenager is going to want to answer such a question? Later in the lesson, there will be time for lots of questions. But ask such a question in the first few seconds? Never.

You know what they say about first impressions? You don’t get a second chance to make one. Well, it’s the same with teaching. I remember starting a lesson when I was a student teacher, saying “I’m now going to teach you about ‘protecting the environment’”, or some such thing. The children were polite enough not to groan out loud, but I could see the reactions immediately on their faces: Who wants to learn about THAT?

So, what should a teacher do?

Start with something interesting, exciting, unusual, unexpected, surprising, creative or enticing – which is connected with today’s math topic. Such as:

The actual idea isn’t that important; the main thing is to grab students’ interest, connect it with the math topic, and then while they’re paying attention, start teaching. It will require some time and effort put into preparation, but the payoff should be students who look forward to their next math lesson!