K-6 Math in the News: Schools Failing to Recognize Kids Who Don’t Fit In? 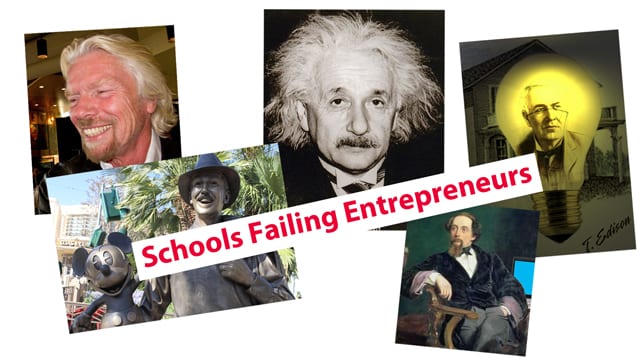 Are there kids in your class that you just don’t “get”? Do you teach students who you feel will never amount to much?

The video that prompted this week’s blog post came across my newsfeed in Facebook. It also appeared in YouTube: it’s an interview between Larry King and Gary Vaynerchuk.

Gary Vee, as he’s known to his followers, is a serial entrepreneur with hundreds of thousands of followers, who regularly speaks at large conferences about business, social media and entrepreneurship.

Chances are, you’re not much like Gary Vee. And nor am I.

If you’re like most teachers, you were good at school, you were good at following the rules, and you worked hard to figure out the educational system and succeeded at it. The system is designed to reward such behaviour, with academic awards, good grades and ultimately a pathway to a good job.

But that path doesn’t suit everyone, and that’s what Gary Vee is talking about. He reckons that schools are failing kids that don’t fit the “mould” that school recognizes, kids that are like round pegs in square holes, the kids “marching to the beat of another drummer”.

Famous People Who Failed at School

Lists like the one following list scare me, in a way. I think to myself “What if I’d been this person’s teacher; would I have treated him or her differently?” Or even more scary is the question “What if the next genius the world is waiting for sits in my class every day? What if I don’t recognize genius or ability and it goes undeveloped?”

What can a teacher do to truly help kids who don’t seem to be fitting in, who just might be the high achiever the world is waiting for? The video includes some suggestions you may find thought-provoking or helpful.

How do you recognize every child in your class? Do you have a method that allows for different approaches to life within your classroom structures? Share a comment below.

► More Lists of High Achievers Who Failed at School:

One response to “K-6 Math in the News: Schools Failing to Recognize Kids Who Don’t Fit In?”