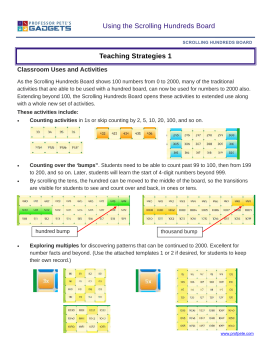 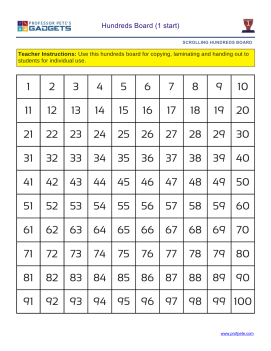 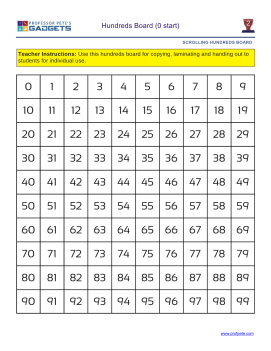 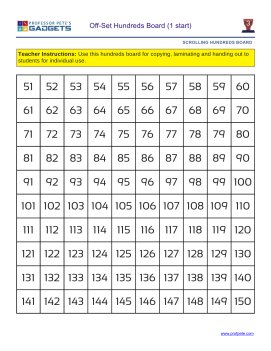 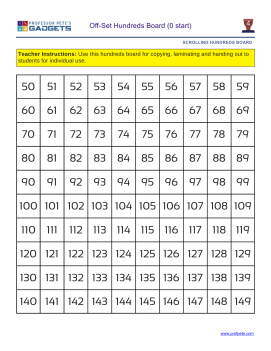 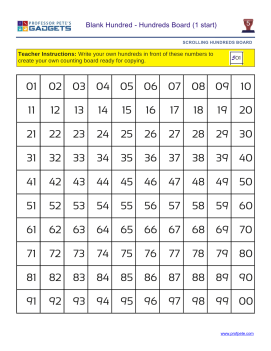 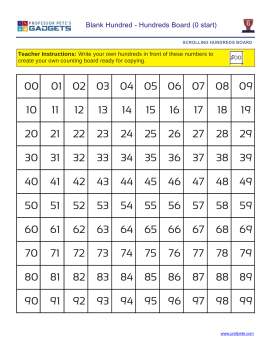 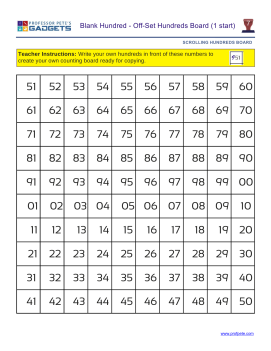 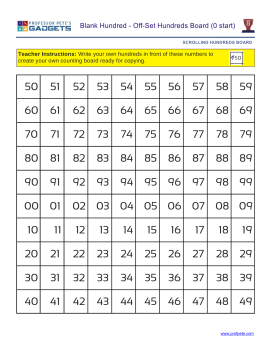 20pp. Activites and ideas for using the Scrolling Hundreds Board. Matching lesson plans, templates and worksheets are available as other resources. 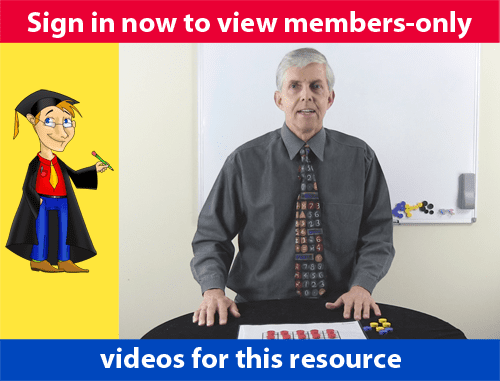 Connect number names, numerals and quantities, including zero, initially up to 10 and then beyond

Develop confidence with number sequences to and from 100 by ones from any starting point. Skip count by twos, fives and tens starting from zero

Investigate number sequences, initially those increasing and decreasing by twos, threes, fives and ten from any starting point, then moving to other sequences

Recognise, model, represent and order numbers to at least 1000

Recognise, model, represent and order numbers to at least 10 000

Recognise and explain the connection between addition and subtraction

Represent and solve simple addition and subtraction problems using a range of strategies including counting on, partitioning and rearranging parts

Not your curriculum? Click here to change this selection